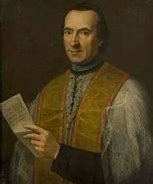 "He spoke often with enthusiasm of the wonderful holiness which would exist in the world if all priests really followed their vocation, and gave themselves up without reserve to the good of souls. When he had to preach the clergy retreats his words mad an indelible impression on the hearts of those who heard him and the very doors of the chapel were crammed with eager listeners. Once, at Spello, he was asked to give conferences to the clergy of the town and neighborhood. His success was such that no one would miss a single one of his instructions, and the convents were closed so that all the religious, without exception, might be able to attend them. He took special pains with those who had the power of hearing confessions, for they were the most actively employed in saving souls. Such was the work done by our saint among the Roman clergy.