Father Tronson, in an instruction on this subject (Observance of the Holy Rubrics), aptly remarks with what care and in what express terms Almighty God Himself had, under the Old Law, ordered and regulated, even to the minutest detail, everything concerning His public and exterior worship. And with what terrible severity He had punished all violations of those regulations, he furnishes three remarkable instances.

The two sons of Aaron, Nadab and Abiu, are devoured by fire because, contrary to the ceremonial law, they put in their censers a fire other than that prescribed.

Oza is punished with instantaneous death for having unlawfully touched the Ark of the Covenant, though under circumstances which seemed to render his doing so excusable, if not imperative. 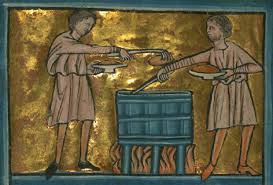 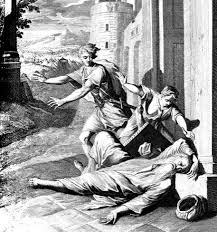 Ophni and Phinees, with their father Heli, who by his silence encouraged their sacrilegious temerity, were also punished in a dreadful manner for their transgression of the divine ordinance.

Who will believe that God exacts less respect for our adorable mysteries that He did for those of the Old Testament, which were but feeble representations, dimly defined shadows of what is accomplished on our altars?

Lend a respectful ear to what the holy Council of Trent says: "-If any one saith, that the received and approved rites of the Catholic Church, wont to be used in the solemn administration of the sacraments, may be contemned, or without sin be omitted at pleasure by the ministers, or be changed, by every pastor of the churches, into other new ones; let him be anathema. (Canon 13, on the Sacraments)"

Anathema is the greatest punishment which the Church can inflict. Against whom, in this instance, does she pronounce it?

Not against those who change, neglect, or omit at their pleasure the rites which she has approved and adopted; but against those who simply say that every pastor can change them, that they can be neglected or omitted without sin. Now, if the Church thus vigorously deals with whosoever speaks lightly of her sacred rites and ceremonies, will she spare those who in action disregard them? In vain would we endeavor to palliate our neglect by pretending that we do not intend to disregard the rubrics. Have we not just reason for alarm, when we reflect on the above-cited decree of the Church, and realize that we do not take pains to observe them religiously?

Source: The Sacrifice of the Mass Worthily Celebrated by Rev. Pierre Chaignon S.J., 1897